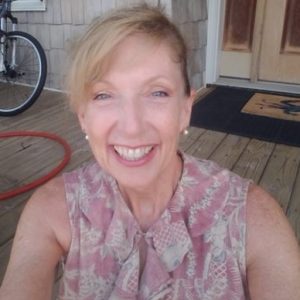 During this Advent season I’ve written about Advent waiting.

It’s not such an easy thing to wrap our heads around because
our Santa-focused culture and our natural dislike of waiting
make it really easy to spend the four weeks prior to Christmas Day in preparation for the events of Christmas Day,

not so much for the birth of Christ.
We gather lists, purchase and wrap gifts, make cookies,
engage in extra social events….all good stuff!
But it fills the waiting time of Advent with
the doing things of Christmas before that season actually begins.

I’ve tried to imagine the kind of waiting that was happening when Jesus was born, the 840 years of waiting for the Messiah
in faith
with hope
that God will keep the promise
that God made.

As an aside,
it has occurred to me that 840 years of waiting in faith
with hope
that God will keep the promise
that God made

and more nations than I can remember….
I’m waiting with Israel
for God to show God’s provision
as he did to the Israelites wandering in the desert
when he fed them manna and made water come from a rock.

I’m waiting with Israel and her people who are
Thirsty. Hungry. Tired. Weary. Worn.

One time when the Apostle Paul wrote about waiting for Christ’s Second Coming
(which Advent waiting is also about), he used the word groaning.

Against its will, all creation was subjected to God’s curse. But with eager hope, the creation looks forward to the day when it will join God’s children in glorious
freedom from death and decay. For we know that all creation has been groaning as in the pains of childbirth right up to the present time. And we believers also groan, even though we have the Holy Spirit within us as a foretaste of future glory, for we long for our bodies to be released from sin and suffering. We, too, wait with eager hope for the day when God will give us our full rights as his adopted children. (Romans 8:20-23)

Do you know the rock operas of the Trans-Siberian Orchestra?
(I know. That’s an abrupt shift, but hopefully you’ll see the connection in a minute).
Their work is among my favorites on my Christmas playlist.
When you can, crank this one up: Christmas Eve: Sarajevo 12/24

Those pictures crushed me.

Just like the more recent pictures of Afghanistan may have crushed you.

Or the heartbreaking pictures from Ukraine.

Broken buildings. Broken communities. Broken people
who do not know how or when or if the brokenness can be mended

but trust
none-the-less
that circumstances will somehow change
and somehow some portion of their lives will be made whole again.

If so,
I think that gets us closer to what waiting was like for Israel.
Their eyes could see no reason that the brokenness would be mended,
but because their God had promised,
they could wait
for 840 years
in faith
with hope
that God will keep the promise
that God made.

And I imagine
that the closer the world got to Jesus’ birth,
the more spiritually-attuned creatures and creation
physically felt God’s plan to birth something new
and they groaned
as God’s plan
was building with the same kind of minor-keyed intensity
and passion-permeated piano forte
and triumphant crescendo
that I feel when I listen to
this Trans-Siberian Orchestra song.

It resonates in my soul
and whispers:

Emmanuel is closer than you know.
Don’t stop hoping.
God keep’s God’s promises.
God always has.
And always will. The time is near.